I’d like to take the time to share the two rooms we have nearly finished in fixer upper house #2.  98% of the kitchen is done and, back in September, we completed our master bedroom.  I wasn’t kidding in that last post about keeping updated through Instagram versus the blog.  I am much more present there.  And my Pinterest account.  Like a crazy, design-obsessed person hoarding all the pretties.

Back in November I sold a domain I’d been holding onto, for the food blogger part of me, which funded a good part of the kitchen, including Ikea cabinets in place of using the old that was our original plan.  This Ikea experience did not go as well as the last one.  With 2 Ikea kitchens under our belts, using two different Ikea stores, I’m going to say it depends which store you use.  Minnesota Twin Cities Ikea was better in every aspect versus Seattle Ikea.  I’ll just add that the experience started when we went in to order our kitchen and the employee most likely accidentally deleted our design and I had to sit and plan the whole thing by memory.  Or our having to unload most of our 300+ boxes ourselves when the “delivery” team arrived.  Or the hours we spent on hold for customer service (5 times) versus a rather quick response in Minnesota.  To be fair, maybe some of it revolves around the new Ikea store they are building here in Washington.

The old cabinets went to a kind woman whose home had been damaged by one of the northern Washington wildfires.   Horrible, awful event.  She had started the purchasing process just before the wildfire came, couldn’t pull her offer and didn’t want to lose the money she put down, so her retirement house was in need of serious work before she could even move in.  She says she was lucky because her neighbor’s homes were completely destroyed.   I can’t imagine.

On to the point of the post, though.  Any resource questions or questions in general, direct my way by comment or email.  Those who know us know “finished” means the room and not necessarily all the parts of decorating.  We are still working on the finishing touches like an eat in dining area and an island.  Please excuse the poor quality photos. 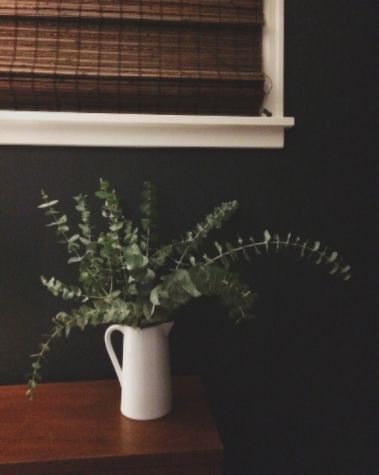 What are we up to now?  As of mid-March, we will have been in this place, our first Washington house, for a year.  We intend to have it finished in the next year (probably slightly longer) and move on to our next adventure.  We’re hoping it works out that we go full-time with remodeling houses and start building our own heirloom quality furniture.  I’m dreaming and scheming on that idea so hard, people.

We’re working on some furniture pieces for the kitchen (maybe I’ll get some more professional-looking shots in there….maybe).  I’m obsessed with old wooden folding tables like wallpaper and Indian event style.  I found one on Etsy and the lovely woman, Brenda in Pennsylvania, gave me a great deal and shipped it super fast to me.  I was made well-aware of its issues (unlike an antique library table I found not far from here, where the seller did not divulge such important information…more about that later), so we’ll be working on these tables.

I’m working on both bathroom designs.  Seeing the kitchen come to fruition has inspired me even more.  I have a much better sense of the style and design for the rest of the house.  I’m being a little bolder in the future.  Maybe bolder is not the right word, but it is different from our last house.  Says the lady who kept with the white kitchen with oil rubbed bronze accents and butcher block counters for both house’s kitchen remodels.

We are starting to work on framing the basement bathroom, knocking out the old shower stall, repairing some drawers on 3 dressers in prep for my finishing their refurbishing, and pumping ourselves up for repairing the drywall in the second bedroom followed by removing the texture on the walls in the hallway/dining and living rooms.  Finally going to take out this carpet soon!

And omg the moss.  No one warned us about the moss.  It is causing some problems on the roof of our garage and patio, so that will need addressed when warmer weather hits.  I have nearly wiped out a few times from the slick moss on our brick sidewalk.  I think a past post was all “oh, I love the soft moss yard we have in front.”  I only like it there, in the yard.  The landscape, more of it than we did last year, will be taken out in prep for painting the house after a good sand and scrape.  That will probably be one of the last things we do due to the budget and priorities, though.  I imagine we’ll be working on the inside of the house more than outside this spring and summer, the opposite of last year.

Have you finished any home improvement projects?  I’d love to see and hear about it.

3 Responses to The Two Finished Rooms of the House