I thought I’d show you around our place.  Well, some of the photos are from some time ago, but not much has changed.  The rooms have a new shade of paint, new doors, new trim, and new lighting.  Both bathrooms, the kitchen, outside and basement were/are a bigger task than just that, but also include all of those new fixings as well.

We’re now working on the 3 rooms and a few closets in the basement for the final lap of this race.  Having very little to put towards it has made some of the decisions for us.  We’re going to lay the groundwork, but much like the landscape, the next owners will have to put some work into it.

Throughout these 2 1/2 years we’ve lived in often ridiculous circumstances with a lot of adjusting and “making do.”  We’ve learned to just roll with it over our 10+ years together, so it wasn’t too far of a stretch for us.  Keep in mind I bring you these shots while we’re only a few months away from listing this southern Minnesota house and (hopefully soon after) finally moving to Seattle.  We have a hodpodge of belongings and are preparing for house guests.  Annie’s parents and sis are coming to help out and see the place snazzed up.  Things are a bit awkward and un-staged.

It dawned on me that I haven’t really shown the multitude of updates and renovations we’ve done to the place in one post and our page dedicated to the topic has not been updated in some time (working on it).  I wanted to make this one photo-centric so here are the befores and afters.

I said it was a hodgepodge of belongings…

There’s always a dog toy in the photos around here

Hutch before (between the living and dining room)

After with help from family, heavy duty hinge and all

After with solid hardwood maple flooring (rugs covering that beauty)

Door blind and pendant light from Overstock.com, table/chairs/bench from craigslist, rug from Ikea, kilim rug from ebay and table light from Target clearance 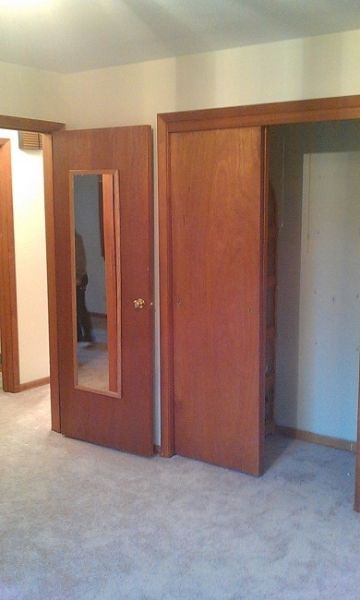 After in Benjamin Moore gray owl

Set up for guests (yes, that is a new-to-us bed and dresser from craigslist)-blinds from Lowes-comforter from Target clearance years ago

After in Benjamin Moore Chelsea gray

Before trim and the door was painted

After with matte subway tile, hexagon marble floor tile, paint is Benjamin Moore gray wisp, and the sources are here (picked these lights instead)

This bathroom finished for about $1600

Sources here (rug from West Elm and basket from HomeGoods)

Shower system from Amazon-shower caddy from Bed, Bath & Beyond

Basement bathroom was finished for about $1500

Paint is Benjamin Moore Rockport gray (missing a few cover panels)-knobs from here and pulls here-lights from Home Depot – rug from Target clearance and temporary (dishwasher was $60 craigslist score, faucets and sink were from discount online stores like the Amazon “used like new” section)

We already had the stove and refrigerator – great range hood for $199.99 from Rakuten 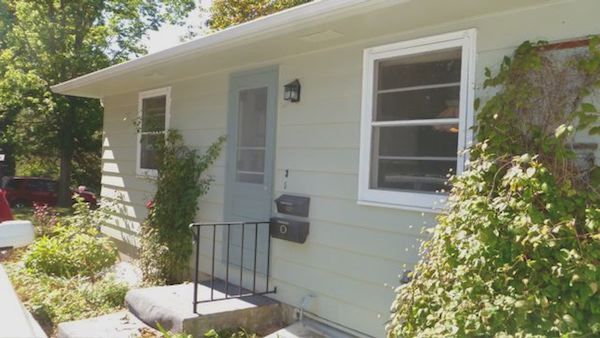 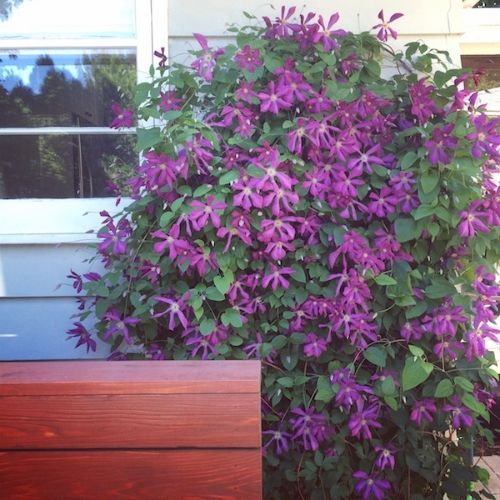 Basement bedroom 1 before (working on the reveal now)

During its “studio” phase (it was this for 2 years)

We used this as the furniture refurbishing room when we couldn’t use the garage.

Not shown or mentioned is the utility room which has had some updates, replacements (water heater and repaired water softener)

You’ll have to wait for the rest of the updates-hope to see you here then!

9 Responses to Befores and Afters: Renovations of Each Room (with Sources and Totals)