This weekend was a goodie-probably more of a greatie. Even though we were both away from our moms for Mother’s Day (they live in Indiana as most of our family does). We had another work-outside-all-day-into-the-evening splendid time. An estate sale just happened to be down the street but alas, prices were high and pieces were of the pass variety.

On our way to the dog park, we spotted this lustworthy Royal Enfield motorcycle with sidecar and leather saddlebag. We don’t have $6,000 to throw frivolously at desired objects. We both wish in this case. What a find. Did I mention we used to ride around on a Harley Sportster? 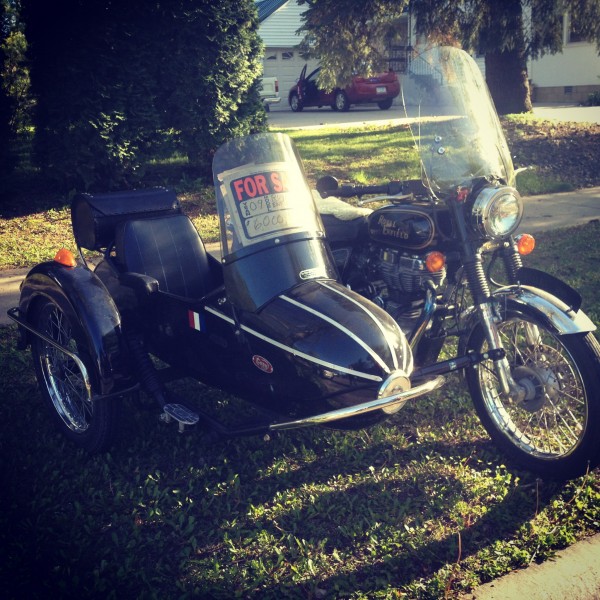 Greg came home with some wine from a coworker about to start a winery for him doing a favor at work. So very nice on both accounts. (I’m still trying to forgive him for not bringing me a brownie…something that accompanied the wine…she says scowling.) 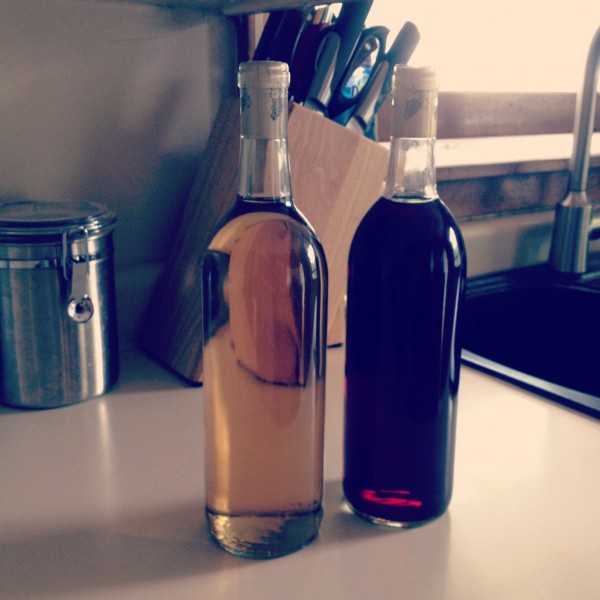 This is my 50th post on the Wits. That feels like a milestone. Forget that I’m going on my 400th at my food blog, the Dabble. It all still feels new and shiny. I am overjoyed coming here to discuss things I love with people who appreciate our work and shared interests. Thanks to you! Here’s to many more posts.

I know you might be wondering what did we do to the dresser below-one of the two coming out next and I know how I’ve been talking about it and revealing nothing post after post.

Well, we tried a new wax and don’t like it paired with the paint so we have to sand and repaint the side, allow some time to cure then snap its snazzy self so maybe the end of this week or early next week. Maybe. The other dresser is simply waiting on its prop to arrive. A prop that may not even end up in the frame. I’m experimenting and not the best stager or stylist. Can’t really say that. It’s more that I’m trying to convey a certain style or establish one which takes some practice. And I haven’t really had the time or equipment to do the pieces justice.

The dresser looks classier and more sophisticated, similar to Room & Board we’d say, due to a simple sand, strip (the Soy-Gel) and stain with a wax finish. Takes away the old manufactured look with the orange hue and bad finish. It is our first mid-century piece-the style we most enjoy working with and collecting. Hopefully that entices you to stick around, come back or subscribe by email.

But oh yes, the weekend and the yard. If you’re following the progress, you’ve probably noticed we’re doing the yard in sections towards putting grass/ground cover in places it doesn’t exist/needs better coverage, opening the space up then extending the patio and putting new pavers down in the breezeway, between the 3-season porch and garage, plus some general tidying up. The entire yard-both front and back-need attention and leveling. We have some water damage and an occasional wet basement since the slope is not correct. That means taking the grass out or making it into sod to put back on the yard once we move the high points around although the pine area behind the garage/shed may not grow grass but we’re going to try. I’m a barefoot in my own space kind of woman. Walking on the grass now is an ouch-oooch-eeech with each step kind of thing. Why does saying nonsensical words make it easier to get through?

Last weekend was full of us getting back on the weed pulling and root digging pony. To work behind the garage meant moving the compost, branch pile, landscape rocks and things we are storing. I spent way too much time and care making a rock wall…that is temporary. But the results are a more level yard, no more tripping hazards from the roots and no green anywhere in that area. Slowly getting there. This weekend will be us doing the same thing in a different part.

It seems we are anti-anything green in the yard. But even weeds can be pretty and green with flowers. Little purple, white and yellow buds that I imagine are yelling at me for taking them when they finally get to show their pretty heads. Makes me hate myself to pull all that foliage out at times then at others, I’m sore,tired and fed up and you might hear me cackling cruelly while I rip them out and imagine them screaming. That’s how I work. Even Greg isn’t sure which person he’s going to get. I keep telling myself it will look worse before it’s better and just deal with the process like a big person. Putting on my big girl pants.

We’ve been doing some small tasks I’ll eventually show you. If I forgot this, Greg might be hurt. He made the gravel parking space much improved, less grass and debris. If only we could afford to pave it like the rest. Le sigh. I’m trying to get Greg on board with getting plastic adirondack chairs so the rusty patio set left by the previous owner isn’t our only option for sitting in our backyard. If only I had our vehicle during the day, things would magically appear around here. 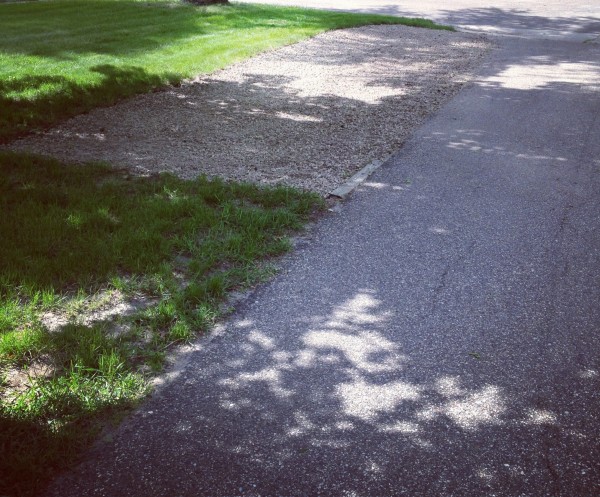 Thanks again for being around on the 50th post, readers!