Before I get all ranty about the past week really testing my patience, I’ll just put one sentence per instance of those tests. Semi-ranty but not a 2000 word post. Feel free to tell me what’s getting your goat.

1) Just this past Saturday did the whole domain transfer issue get resolved (something that was to take “a few days” took 3 weeks) after 8 emails, 4 phone calls (the company doesn’t have support on the weekends and doesn’t answer the phone during their working hours) and a few poorly rated surveys got the job done.

2) The city-wide garage sale Saturday (the one I jabbered about on our Facebook page…took a few hours to make a schedule) was almost a complete bust-we could have passed on the few items we picked up and slept in.

3) I now get to start the process of switching hosts for both blogs (hooray…said no one ever on this topic).

4) I’m still unable to post on my 3 year old food blog, although the site is up, and my busy, bro-in-law is graciously checking that out for me.

5) Something is wrong with our new mac which makes my days rough-emailing people back, researching, finding supplies, updating ads, etc. takes 5 times longer than it used to…I daydream about taking it out back and going all Office Space on it. 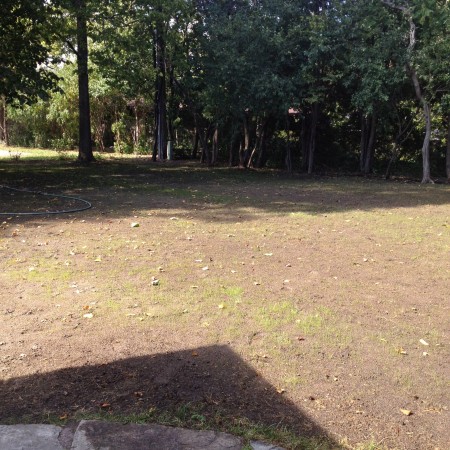 6) The temps have been lower than expected so the grass is coming up in small patches slowly and might just be done for the season (wahwah).

7) Greg has been asked and given more duties outside of his position which means he’ll be away even more which really sucks on both the house reno and furniture salvaging projects (there’s more to this but I can’t share yet).

8 ) Our allergies are out of control, as in, we don’t want to move some evenings and parts of the weekend so we haven’t.

9) We’ve had a number of people contact us about one piece or another but back out. 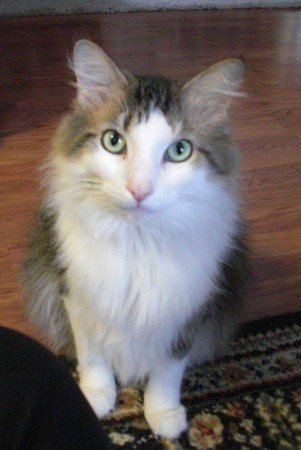 10) One of our sweet family cats, in Indiana, passed away unexpectedly, Iz or Izzy.

That was the worst part. I rescued him and his sis, Sophie, from a guy who was going to cruelly kill them with a shotgun. I tried to bring them to college with us my senior year (even though cats weren’t allowed). The maintenance guy found them and my parents kindly took them in and they’ve been with the family for almost 8 years. Iz Bo Biz, as I called him, was allergic to fleas and had masses so he was laid to rest. We’ll miss you, buddy.

But some happier news is that we have a dresser that barely took any fixing. Those are rare around here. Look for it soon. Even though the temps have been low, they are on the rise and it’s beautiful fall weather which I love. The picket fence left by the previous owner is starting to look better with some white paint although it takes both of us home to get all the drips so it’s slow going. No wonder Tom Sawyer tricked people into doing it.

More things are in our etsy shop that I finished in the last week. Sometimes I put off taking the pictures because it’s a long process that requires the right lighting, settings, background, etc.-one I don’t feel particularly good at it or enjoy to a point of satisfaction. That’s just me. Practicing that side of the business. Food is much easier to shoot. Don’t know why I feel like that since both just sit there. Some food requires a quick shot too so maybe I’m crazy. Not that I’m taking groundbreaking, breathtaking food photos these days since I have better (things that pay the bills) items to photograph. Most dishes get the ol’ Instagram shot now. Sometimes I long for those old food photography days when they were better and complimented. Improving each week and then I just stopped when we moved in the house. If I keep this up, it will be 2000 words.

Finally, we are searching for another dog to adopt. The time has come, our love is big, the house is already a mess and if it’s a puppy, potty training will be easier on us this time around if it’s not in the dead of winter. Lesson learned with Henry. But in about a month (or less) there could be snow on the ground so I could be full of it. That part about snow made me spit up a lil’ bit in my mouth. Ugh. I get a wee melancholy when winter/winter-like weather hits. It comes too soon and lasts too long around here.

Overall things could be much worse.

2 Responses to The Past Week